After sustaining a neck injury and retiring from the NFL’s Green Bay Packers at the age of 28, All-American Safety Nick Collins returned to his home state of Florida with his wife and children to begin the next stage of his career as a personal trainer.

When Nick and Andrea Collins began building their all-new 10,000-square foot ranch in Winter Garden, they knew wanted to be able to control their home’s lighting, security, climate, audio and video systems with the touch of a button and regardless of their physical location inside the sprawling new home. 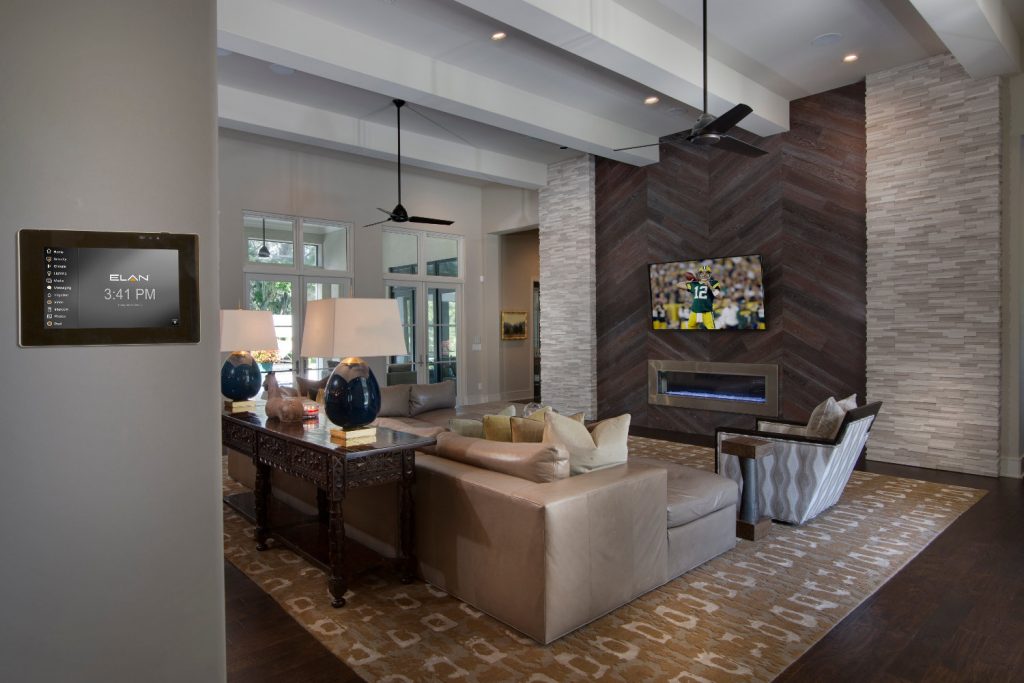 To make this dream a reality, they turned to local technology integrator Mike Barry of Millennium Systems Design, who they had worked with in the past on a previous home.

“The Collins family needed total home control in the simplest way possible,” says Barry. “I knew that the ELAN Entertainment and Control System would offer secure and instant remote control that could be relied upon for years to come as they went about their busy schedule.”

To provide easy, convenient control of the system, Millennium Systems Design installed 10 ELAN in-wall touch panels and connected three ELAN remotes, and with the ELAN mobile app Nick and Andrea can control any technology within the home from anywhere in the world.

“We love having a touch panel in every room of the house,” says Collins. “Regardless of what room I am in, I can adjust anything I need to, whether it be the music playing or the lighting levels. Even when I am out training, I can check in on the security camera footage from the ELAN App on my phone.”

With five children living in the single-floored ranch, the Collins family also required simple face-to-face communications enabled by the system. ELAN’s Intercom feature, Andrea Collins adds, is an extremely useful tool that the family can use to communicate throughout the house.

“I can call the kids from the living room using the ELAN touchpanel and it’s so much easier than yelling!” she remarks. 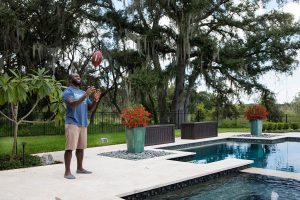 High-end audio was also a crucial component of the family’s new smart home. To build an extensive audio system that would allow Nick and Andrea to listen to whatever they wanted in any room of the house, Millennium Systems Design divided the extensive system into 19 different zones of audio.

“Every single room has its own audio zone, and each can be controlled through the home control system,” says Barry. “It’s one of the biggest audio systems I have ever built.”

To ensure that the audio was felt and heard, Millennium Systems Design installed SpeakerCraft Profile Cinema in-ceiling subwoofers to produce targeted sound in the large spaces, like the Grand Hall.

“The whole home audio system is hidden but heard,” says Barry. “For example, to fill the outside courtyard with quality sound, I installed multiple SpeakerCraft RUCUKUS 6 One rock speakers that blend right into the landscape. The speakers look subtle, but they don’t sound subtle.”

What Are The Benefits Of Total Home Control?

What Is Total Home Control?

What is a Smart Home?

Turn Your Dumb Air Conditioner into a Smart Device

Netatmo is launching its own smart home platform